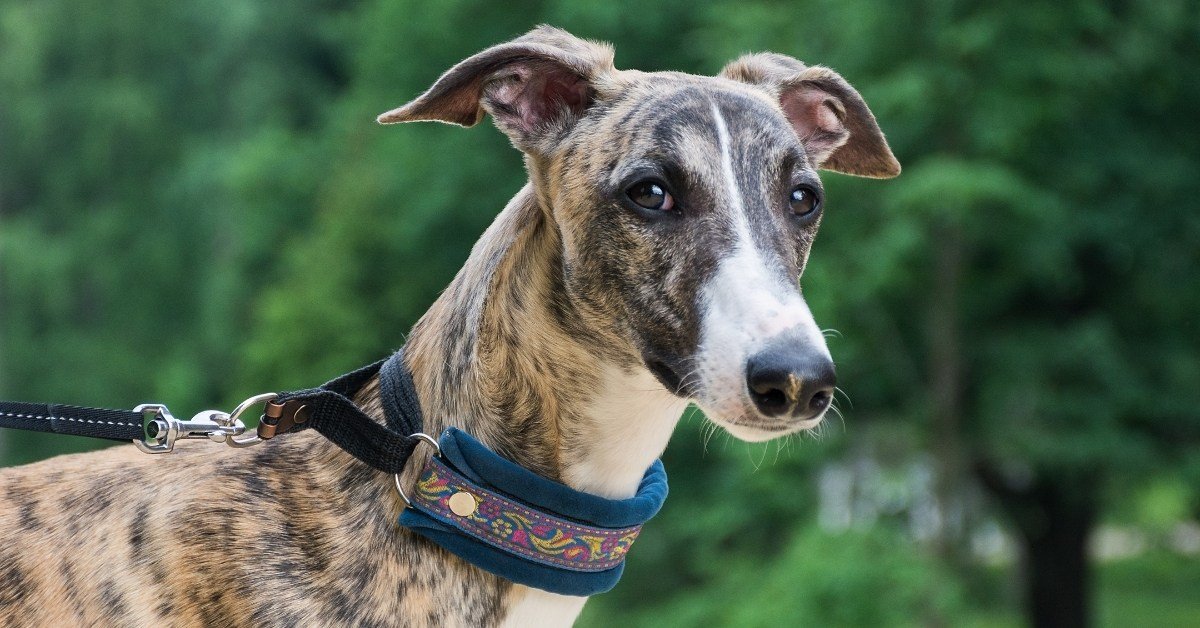 It’s natural to assume that dogs and cats won’t get along in the same household. However, that’s not necessarily true. Some dogs and cats can make great companions, but it often depends on the breed of dog and the cat’s temperament.

So, are greyhounds good with cats? The truth is, they aren’t naturally cat friendly, but this doesn’t mean they can’t work; it just means you’ll need to put some extra effort in if you’re thinking of introducing a greyhound into a household with a cat.

“Cat testing” your greyhound could take days or even weeks until you’re happy that they can live together in harmony, but if you have the patience and determination, around 75% of greyhounds will get along with cats.

Let’s go over the different temperaments of greyhounds and the steps you need to take to properly integrate them with your cat, or the opposite.

How To Introduce Greyhounds To Cats

Introducing greyhounds to cats for the first time can be tricky, so it’s important to walk through the process properly.

Always have the cat in the room before allowing your greyhound in. This establishes that the dog isn’t in its own territory and stops territorial aggression.

When the dog enters, you’ll need to have them muzzled and/or on a short leash (preferably both), and another person will need to hold the cat still on the floor.

Allowing the cat to run around will encourage their chase mentality – so it’s something you need to avoid.

Allow the dog to approach the cat gradually. Sniffing is okay but growling, bearing teeth, or any aggressive behavior is not. In fact, the thing you should be hoping for is no reaction at all.

This means that your greyhound doesn’t consider the cat a threat or a prey animal. They simply exist alongside each other.

If you do notice aggressive behavior, walk your dog out of the room immediately, giving them a chance to calm down and “explaining” not to do it in a gently disapproving tone (not scolding or mad), then repeat the step.

Keep going through the same motions until you notice no aggressive reaction.

Tip: Talk in a friendly “baby voice” throughout the interaction, so both animals get in a relaxed and friendly mindset.

Once you’ve mastered the muzzle and leash, you can repeat the same steps without the muzzle, retaining the leash but giving it a slightly longer length. Keep hold of the cat at this stage for its own safety.

Next, allow the cat to wander around the dog while the dog is still on a leash just in case.

The final step is to allow both your greyhound and cat to wander around the room freely. Keep a close eye on them and remove the dog (or cat) at the first sign of aggression.

You should repeat the process as often as possible to get both animals used to each other. And to get both of them to understand aggression is not ok. This process may take days or even weeks, depending on both of their temperaments.

Always do your cat test in a small, empty room.

This means you’ll get an accurate reading of how they behave around each other, and there’s nowhere for either to hide away. Never test outside, I’ll go over why in the next section of things to avoid.

Cat test as many times as you can.

There’s no limit to the number of times you should test your greyhound and cat before deciding that they’re ready to commit to living with each other. The more, the better. You need to be completely happy with the outcome.

Use a cat crate.

If you’re not comfortable holding the cat steady for the first few steps in the process, then put them in a small dog crate. This way, you know that they’re in the right place to introduce your dog and not in danger if the first meeting doesn’t go smoothly.

You don’t want to be faced with a chase around your house just because your cat is in a bad mood. You also need to consider the different cats that they might encounter outside. The last thing you want is for your greyhound to chase your neighbor’s beloved pet.

After the initial meetings, you’ll need to monitor your greyhound’s behavior around your cat constantly. Don’t assume that the cat testing is sufficient. Don’t leave the two alone together for a good few weeks after they’re introduced

And once you are ready to leave them together, do it gradually, a few hours at a time. Making any drastic changes to their lifestyle, from full supervision to you being out of the house for a full 8 hours, can change their behavior.

If possible, introduce them young.

The very nature of getting a greyhound might mean that you have an older dog because they’re likely a retired racer. However, introducing them to cats when they’re as young as possible will be a huge benefit.

It’s harder to break their chase instinct if they’re older dogs, as they’ve been encouraged to chase for most of their life. The younger they are, the easier you’ll find it to change their behavior.

However, on the flip side, it’s not a good idea to introduce a young kitten to an old greyhound. The smaller a cat is, the more your greyhound will see them as prey. A mature cat and a young greyhound are the ideal combinations.

Things To Avoid When Pairing Greyhounds And Cats

Don’t try to introduce them outdoors.

The smells and atmosphere outside will trigger your greyhound’s chase instinct, and even if they’re okay with your cat inside, they might still chase them outside. Because of their natural speed and agility, they’re also much more likely to catch them out there.

Don’t hold your cat up in the air when you first introduce them.

Your greyhound might see it as game, and it’ll increase its natural drive to hunt prey. This will cause more aggression.

It’s great if you have a smooth first meeting and your dog and cat get on immediately – but don’t take it as a success straight away.

You need to complete multiple meetings to get a proper indication of how the relationship will go. They must live together for the rest of their lives, so 10 minutes in a room isn’t going to be enough to prove that it’ll work.

Don’t use a fake cat.

Toy cats, no matter how realistic, won’t fool your greyhound. They will always react differently to a fake cat than they would to a real one. This might put your real cat in danger when they’re introduced later.

Don’t use a skittish cat.

Using a cat that’s scared of dogs to start with means they will behave in a way that triggers your greyhound’s instincts and can also distress the cat.

Let’s face it; if they aren’t okay with dogs to start with, it will be very difficult to get them to get along. Possible, but difficult.

You need to remove toys from the room and ensure they’ve been on a walk prior to the introduction. If your greyhound is full of energy or wants to play, they might see your cat as a toy.

Don’t test multiple dogs with a cat at the same time.

Dogs are pack animals and will naturally support and trust each other. If one dog fails the cat test, the other will follow suit, assuming that the first has made the right decision.

What To Do If They Don’t Get Along

If your greyhound doesn’t get along with your cat after multiple cat tests, it’s probably not the best idea to have them living in the same house.

This can be upsetting if you’ve already fallen in love with your pet, but it’s the very reason that cat testing before adopting is so important.

However, you could do two things to limit their access to each other if you absolutely must keep them both.

So, greyhounds can get along with cats – it’s not impossible.

However, it will take some patience and continued testing and monitoring to ensure your cat’s safety. They aren’t the easiest types of pets to bring together.

That said, once you’ve cracked the initial difficulties, they can live in perfect harmony in the house just like any other dog and cat combination. They might even become best friends.