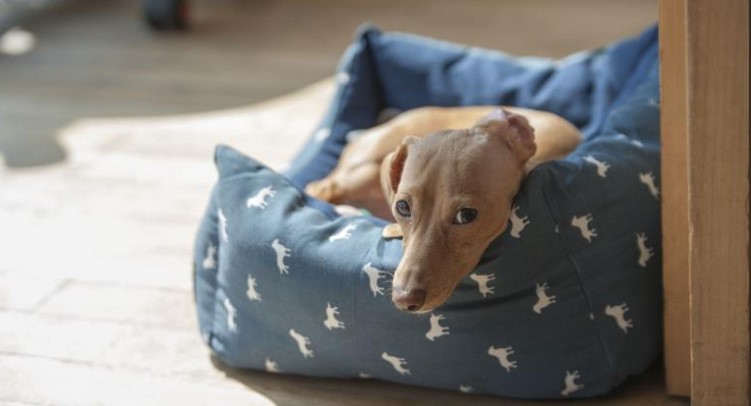 The Italian Greyhound Dachshund Mix or Italian Doxie is a mixed-breed dog that combines the genes of an Italian Greyhound and a Dachshund. Selecting a mixed breed rather than a purebred can come with some challenges. The biggest one is that you can’t guarantee what your dog will look like or what their personality will be, as they are a mixture of the two breeds of dog.

The best way to go about this is to research both breeds to determine the possible traits that the parent’s genes could pass along.

A Bit About Italian Greyhounds

Italian Greyhounds aren’t a new breed, despite their toy breed appearance. They actually originated hundreds of years ago in Italy, where small, sleek breeds were seen as a status symbol. They also migrated across to Greece and Turkey and are still an incredibly popular breed there today.

Despite their downsizing from traditional Greyhounds, they still have a huge prey drive. Their sighthound instincts will still drive them to chase anything smaller than themselves.

For this reason, they aren’t the best breed for homes that have small pets.

A Bit About Dachshunds

Dachshunds were originally bred as a type of hunting dog. Their sausage shape means that they’re perfect for diving down holes to grab badgers, rabbits, or rats.

However, their miniature version was later created, making them lap dogs or cuddly companions. They don’t need much walking due to their short legs, meaning they’re the perfect addition to a busy home.

They are natural burrowers and have larger paws than you’d think, simply to move dirt and soil out of the way. These days, their huge paws are used to burrow into your bedding or sheets to get a closer cuddle.

They are loyal and protective – often known as a ‘yappy’ breed because of their will to protect and warn owners of intruders. However, their personality and ego are far bigger than their figure. They will throw their tiny weight around and show you who’s boss.

The Italian Doxie is new to the designer dog world. They’re tiny, loving companions, who actually don’t really suffer from their mixed breeding. Based on the traits passed down from both parent breeds, there are a few things that we can confirm about the Italian Doxie.

Your Italian Doxie is likely to be a small dog. Both breeds are short in stature, making them a good breed for a small home.

While Dachshunds have notoriously short legs, the Italian Greyhound has longer legs in comparison to its body. This usually means that your Doxie will have legs that are somewhere in between.

The body type, however, is usually more like that of a Dachshund. This is because the genes in this area are stronger in a Dachshund and that body type is much easier to achieve.

For this reason, your Italian Doxie will probably have a shorter, more stocky body (not long like a traditional sausage), and slightly longer legs than a Dachshund, making them seem more in proportion.

An Italian Doxie is also likely to have a long, pointy snout as this is a trait that both dogs share. They may also have large ears that flop over at the front.

The mixed breed takes elements of the Dachshund temperament. They are confident and know what they want. They are likely to become the boss of your household.

However, this is sometimes contrasted with the anxiety that is experienced by Italian Greyhounds. While they might be confident and self-assured when you’re in the home, leaving them alone is a different matter.

It’s their responsibility to protect you and their home. As the alpha of the pack, they have lessened responsibility while you’re there. However, when you leave, they may feel overwhelmed by the fact that they have to protect such a large space. This creates anxious behaviors such as chewing, whining, barking, and even damage to furniture.

To resolve this, you could look at crate training to reduce the space that they need to protect. If they only have to protect their immediate area, they won’t be as stressed and anxious about their task.

Despite their size, the Italian Doxie is a hyper dog. They have a huge prey drive, with both Italian Greyhound puppies and Dachshund puppies having that in-built instinct to chase and catch small animals. For this reason, it’s not recommended to get an Italian Doxie if you have any other type of pet. Even if cats are bigger than them, they are still likely to chase.

Barking is known to be an issue for Italian Doxies. Because of the protective nature of both breeds, they tend to alert owners to any new person that ventures near their territory. While this can be trained out, they aren’t the best if you have neighbors in close quarters.

Because of their size, the Italian Greyhound- Dachshund Mix doesn’t need a whole lot of exercise. While they have some traits passed down from the Greyhound, they don’t have the same bone structure or frame to support long walks.

In fact, long walks or too many walks could actually damage their hips and muscles, causing long-term health issues.

You should take them for two 20-minute walks per day as a maximum. This means that they’re an easy dog for a busy household, as they don’t need too much attention.

Both Iggies and Dachshunds are known for being relatively intelligent. However, because of the Iggy build and breeding, they are not easy to potty train.

Dachshunds are also very headstrong. Although they can be trained, these two issues mean that the Italian Doxie does have more complex training needs. They may take much longer to train than other dogs, so you need to have a lot of patience.

Like all mix breeding, you can’t guarantee what kind of coat your Italian Doxie will have. However, due to the Italian Greyhound genes, and the lesser dander that comes from short-haired sausage dogs, there’s a good chance that your Doxie will be hypoallergenic. This makes them a great pet for people with respiratory issues or allergies.

They won’t shed too much, so there won’t be hair all over your furniture either.

To take care of their coat, they will need a brush once a week and a bath every couple of weeks depending on how dirty they get out on a walk. They are incredibly low maintenance when it comes to a grooming regime.

For a mixed breed, the Italian Doxie is typically fairly healthy. Sometimes, if two dogs that aren’t compatible are bred together, this can create extra health issues and be detrimental to the dog’s overall health. However, this seems to not be the case for the Italian Doxie. Their life expectancy is anywhere between 12 and 15 years.

In adulthood, they can weigh an average of 6-7 lbs, meaning that with a healthy diet, they can become robust and stocky little dogs, despite their size.

Despite the breed being relatively healthy, there are a few common health complaints that you should look out for that come from both breeds.

Because of their bone structure, Greyhounds are often prone to hip and elbow dysplasia. This is when their ligaments or bones become displaced due to overuse, or accidental breakage. This can happen if the dog is over-walked.

Italian Greyhounds can be prone to alopecia. This occurs specifically in breeds that have the dilute gene. The dilution gene means that some dogs of a solid color tend to fade over time or have a muted color variant. This is common in Italian Greyhounds, who may appear beige rather than red, or silver rather than dark gray.

Unfortunately, if your Doxie carries the dilution gene, your dog’s fur could become patchy and sparse over time. This doesn’t affect their overall health. But they might not be quite as pretty as you imagined.

You can always solve the problem from both angles by knitting a cute jumper to make them look amazing and keep their bald bits warm.

Greyhounds are also prone to corns on their feet. Although it’s unclear exactly what causes these, there are some studies that show that they are down to a disease that Greyhounds are specifically prone to.

Corns can be lasered off at your vet or can be treated with a few home remedies to manage them. If your dog struggles to walk, luckily this mixed breed doesn’t depend on frequent exercise. Keep them off their feet for a few days until their feet feel a little better.

Dachshunds typically struggle with back problems later in life. This is because their short legs aren’t equipped to properly support their long bodies. If your Doxie doesn’t have the sausage genes, then they may not have this issue.

However, those that have dominant Dachshund genes may struggle to get upstairs or on and off of the sofa, especially as they get older.

Italian Doxies make gorgeous, loyal, and loving pets. They are great for busy households and love children. However, they aren’t the best fit for homes with small pets and may come with some more complex training requirements. They need patience and love, which is easy to provide when you look at their cute little faces. 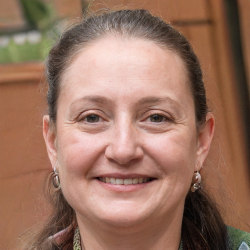 Victoria Richards
A long-time lover of Greyhounds, Victoria has raised 4 in her lifetime. Growing up on a farm, her love for the breed has led to a career in writing about them. She has extensive knowledge of Greyhound care, health, behavior.